Practice what you preach

When I first joined EMC (Over two months ago! wow…), I have to say I was honestly irritated with the “buy vs build” argument. Yeah VCE and tightly designed systems are awesome and all, but that’s not for me – *I know how to put this stuff together, why do I need you? * As a VMware and storage team manager, that was my job. I bought stuff and put it together and voila! you have servers. Life is good, we have servers!

BUT, we weren’t fast enough. Procurement delays outstanding, just getting everything put together and ready for our internal customers took time. They had shifting projects and priorities and that certainly made our job tougher. WHY are we beating our heads on this problem that really isn’t ours to solve? As an infrastructure team, your job is to add value to the business not by being a huge drag on projects because you are trying to reinvent the wheel. You need to deliver services that the business needs on time and under budget. Sure you can try and build it yourself, but why?

Before I bought into this, I had to look at what I was doing from a personal IT perspective too. I wrote an article for 2600 back in 2005 (How to Get Out of Google) which detailed what self-hosted apps I was using so I didn’t have to rely on a 3rd party. Funny enough I am still doing the same thing today, but that’s the engineer in me and I don’t rely on them like I used to. But what I’ve learned over the years as having 3 boys and everything else called life, is that I don’t have the time commitment to ensure all those self-hosted apps are patched, let alone tinker or maintain things. I even (shockingly) bought my own Office 365 account just for the sake of OneNote synchronization. But don’t you have a WordPress theme dedicated to note taking you ask? Why yes I do. Do I use it? Nope. Haven’t touched it in years.

The fact is Microsoft knows what they are doing. They enable me to be better and faster, the small monthly payment is peanuts compared to dealing with other issues like a security breach or just backing up my own stuff. They can do this a million times better than I could so why even try? In the same vein, VCE knows what they are doing- all of the design consideration over thousands of customers is amazing value – they’ve seen things that you can’t even imagine and they know how to deal with it.

My number one job is to be a husband, dad and engineer in that order. Buying what enables me to do those things faster and better is what it is about. I think this picture from VMWorld sums it up: 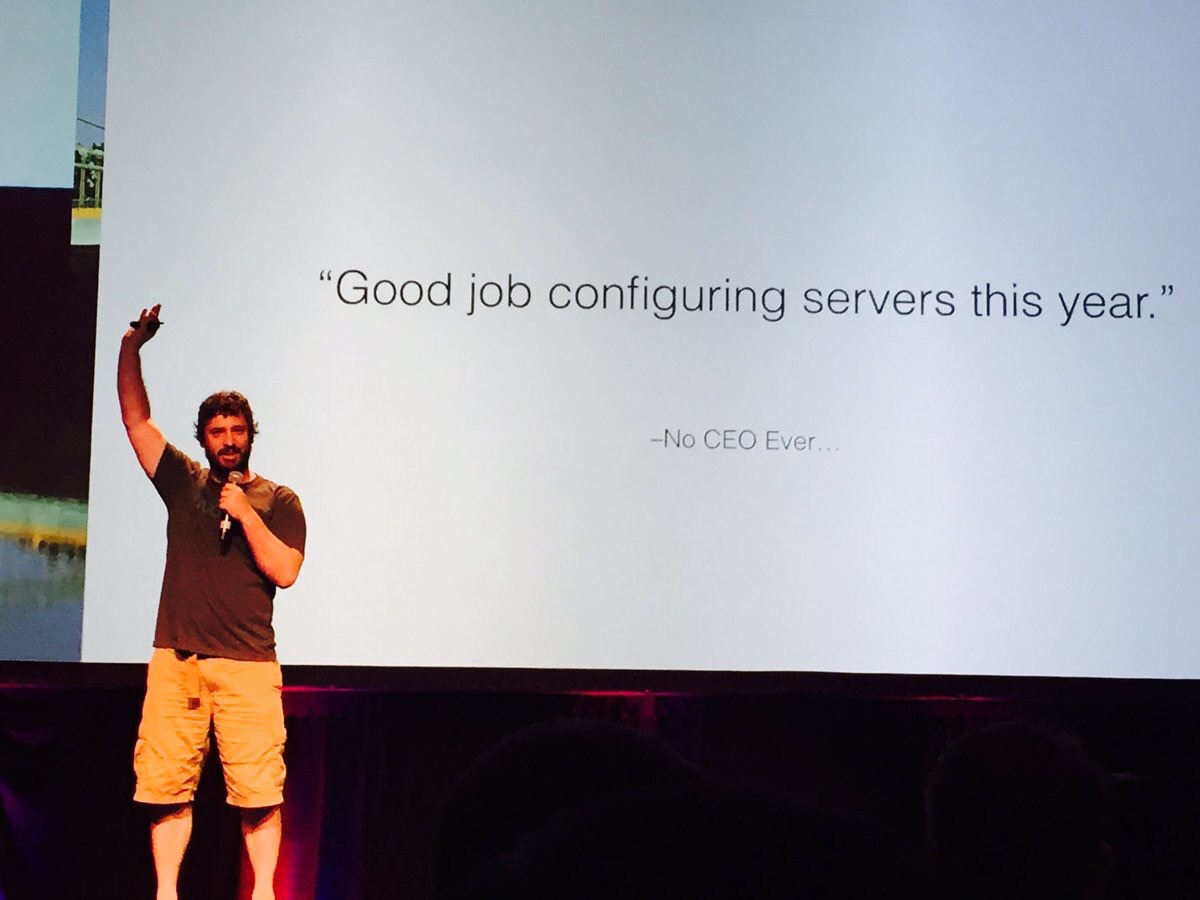 So I’ll say it again: Buy what enables you, build what differentiates you.